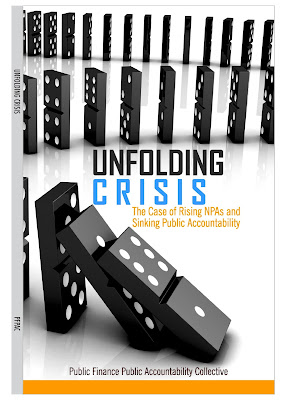 For ordering hard copies of the report, please drop a mail to: Himanshu Damle

By PFPAC August 17, 2017
There is a lot of confusion between debt and equity financing, though there is a clear line of demarcation as such. Whats even more sorry as a state of affair is these jargons being used pretty platitudinously, and this post tries to recover from any such usage now bordering on the colloquial, especially on the activists’s side of the camp. What is Debt Financing? Debt financing is a means of raising funds to generate working capital that is used to pay for projects or endeavors that the issuer of the debt wishes to undertake. The issuer may choose to issue bonds, promissory notes or other debt instruments as a means of financing the debt associated with the project. In return for purchasing the notes or bonds, the investor is provided with some type of return above and beyond the original amount of purchase. Debt financing is very different from equity financing. With equity financing, revenue is generated by issuing shares of stock at a public offering. The shares rema
Post a Comment
Read more

By PFPAC June 02, 2016
Foreign Direct Investment is cross-border investment made by a resident in one economy with the objective of establishing a ‘lasting interest’ in an enterprise that is resident in another economy, other than that of the direct investor. This is how IMF nails FDI’s definition. Government prefers the FDI, since it is non-volatile and non-debt creating over other mechanisms of foreign funding. FDI in India, as of now is routed through either the Government Approval Route, or Automatic Route that dispenses off the need for multiple approvals from regulatory and/or governmental bodies.  Let us consider FDI in retailing, both organized and unorganized. The former, a mere 3-4% in India, is trade oriented under license, while the latter that forms the rest is low-cost retailing, and is ubiquitous. There is a socio-economic dimension to unorganized retailing, with uneducated, unemployed and educated unemployed taking refuge in retailing to negotiate poverty-related concerns. So, clearly,
Post a Comment
Read more

By PFPAC September 04, 2016
LOGIN In my cynicism  I worry that communism might be realized in a more perverse way than Marx ever anticipated. What if, at the point where full automation is achieved, the owners of capital decide to pool their assets together into a grand, stateless commonwealth of former-capitalists (perhaps not out of humanitarian altruism, but instead due to a self-interested recognition of certain flaws of commodity production such as business cycles, falling rates of value profit, and overall insecurity)…BUT not before first deciding to starve out and/or kill off the now-obsolete wage-workers?   Technically, that would usher in a classless, stateless society, and it would be one with an immediate increase in per-capita use-values for the (former-capitalist) comrades of the new communist utopia compared to the one where the former-capitalists had to share the automated output with the former wage-workers. Might not capitalists have every incentive and every capability to achieve something
Post a Comment
Read more